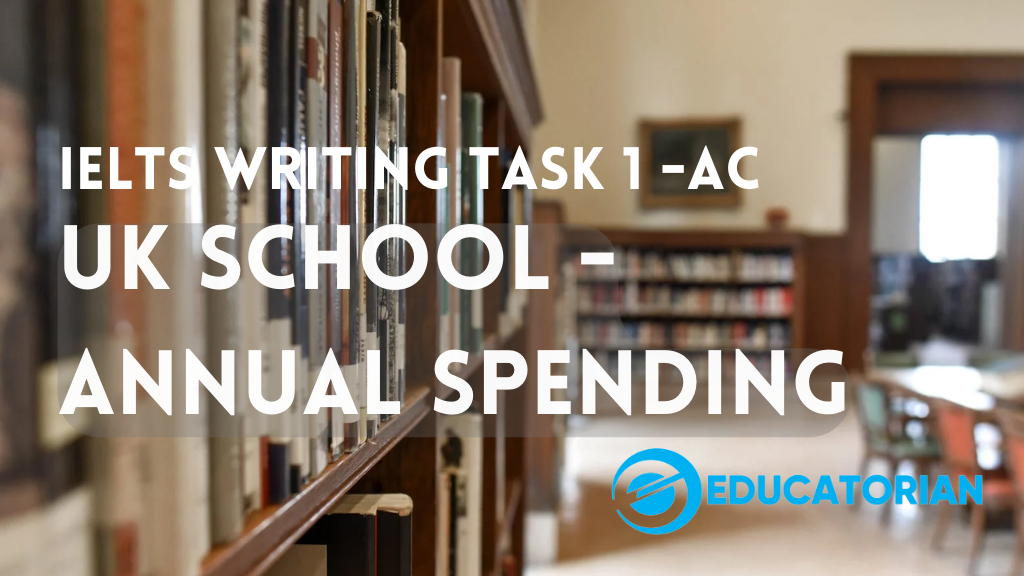 You should spend about 20 minutes on this task.
The three pie charts below show the changes in annual spending by a particular UK school in 1981, 1991 and 2001. Summarise the information by selecting and reporting the main features, and make comparisons where relevant. 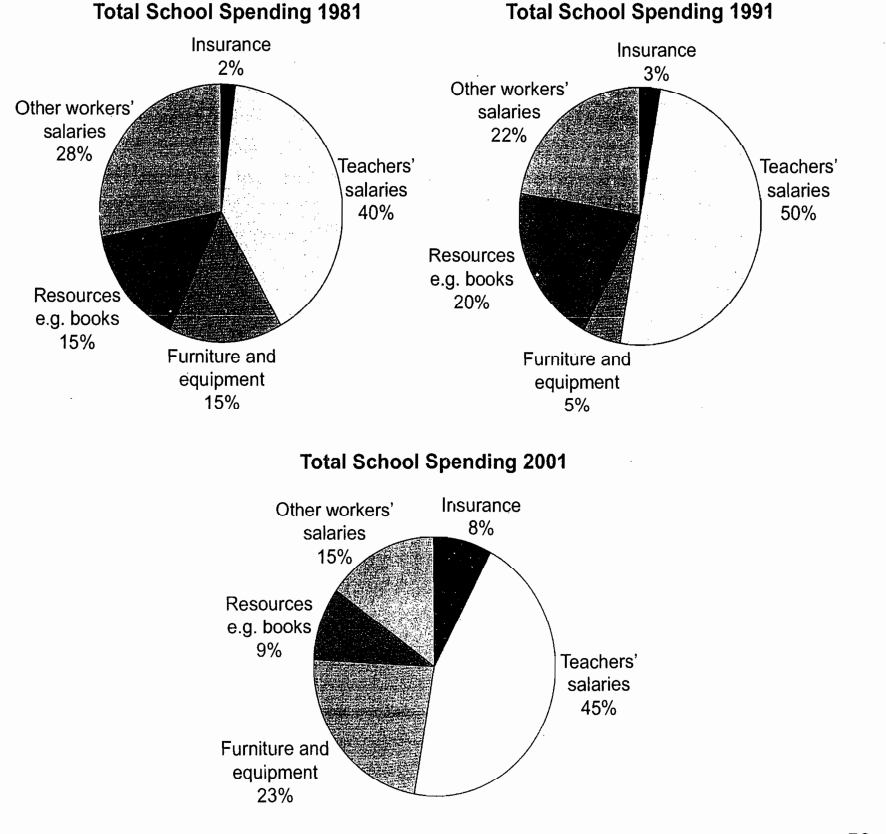 Summarise the information by selecting and reporting the main features, and make comparisons where relevant. Write at least 150 words.

The pie charts compare the yearly expenditure of a school in the UK from 1981 to 2001. Overall, the highest cost was salaries for teachers and staff while insurance was the least of the school’s expenses.

In 1981, the school allocated 40% of the teacher’s salaries and 28% to other staff’s salaries. When it comes to resources such as books, including furniture and equipment both received 15% of the annual budget while the remaining was for insurance. In 1991, the budget for teachers’ salaries increased by 5% while the staff decreased by 6%. The budget for resources increased as well reaching 20% while furniture decreased to 5%. In 2001, the salary decreased to 45% while the staff continued to decrease reaching 15%. Furniture and equipment expenses grew by 17% and a 5% increase for insurance.

The pie charts compare the changes in the yearly expenses of a school in the United Kingdom from 1981 to 2001. Overall, the salaries of the teachers and staff had the highest expenditure in those three years while insurance had the lowest.

Back in 1981, the school allocated 15% of its annual budget to pay for furniture and equipment, and after a decade the school decreased this by two-thirds, and by 2001, the school added 17% more to suffice the expenses. When it comes to staff’s salary the expenditure continued to decrease from 28% in 1981 and dropped to 15% in 2001, while insurance increased by two folds, accounting for 8% in 2001.

Resources such as books were given 15% in 1981 and the expenses continued to increase by 5% the next decade, but by 2001, the expenditure dropped by half. A similar pattern in teachers’ salaries which had the highest percentage in all three years, 40% in 1981, a slight increase of 5% in 2001.