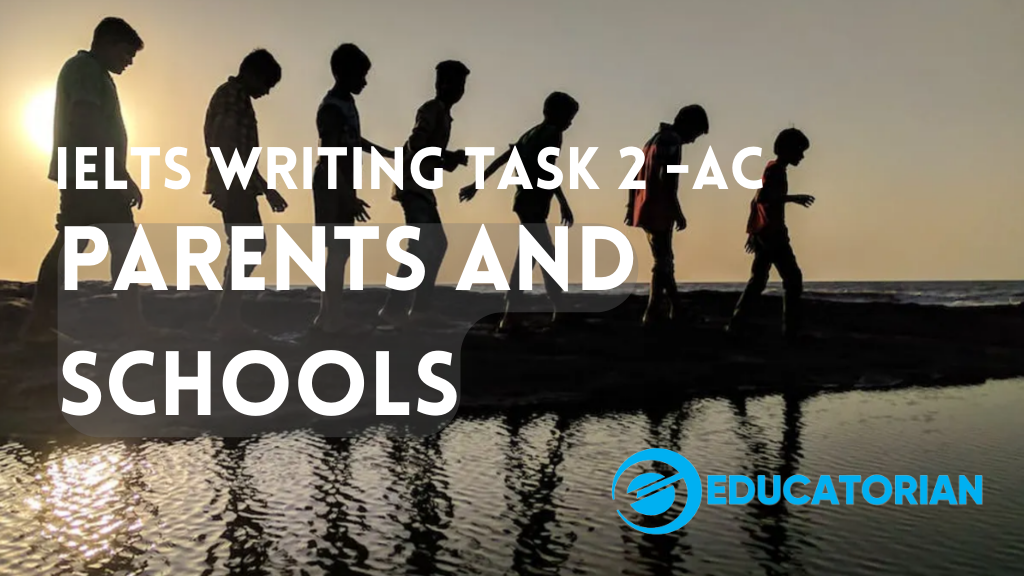 Some people think that parents should teach children how to be good members of society. Others, however, believe that school is the place to learn this. Discuss both views and give your own opinion.

It is believed that parents should be responsible for educating their children to be good members of society, while others argue that it is the job of the school. In my opinion, parents and schools would work hand-in-hand in order to raise a child into a role model citizen.

Since parents or guardians are the first people that the child will interact, these people could educate their children on good manners and right conduct. For instance, a child will behave based on the behavior of their parents such as the way they communicate and the way they interact with different people. Therefore, it is cardinal for parents to teach their offspring proper manners in order to be good citizens.

The academic institution should be the one that can refine the child’s behavior as the values of one’s parents may vary, and in school, children will learn how to respect different people with different authorities, such as senior students, teachers, principals, and staff. They will also learn better as the people are not a family member so there are fewer biases. Thus, the school provides a better opportunity for children to know values and respect.

In my opinion, both parents and schools contribute to the holistic growth of a child, and despite the different approaches both are equally important and one cannot stand without the other. Parents’ behaviors, would give a certain stand of a child’s personality and the school will work on polishing the value into better value. With that respect, both are equally important and both should be applied.

In conclusion, despite the differences in the approach of schools and parents on how to raise a role model citizen or whether one is important, one must know that both are equally important and both should be applied.