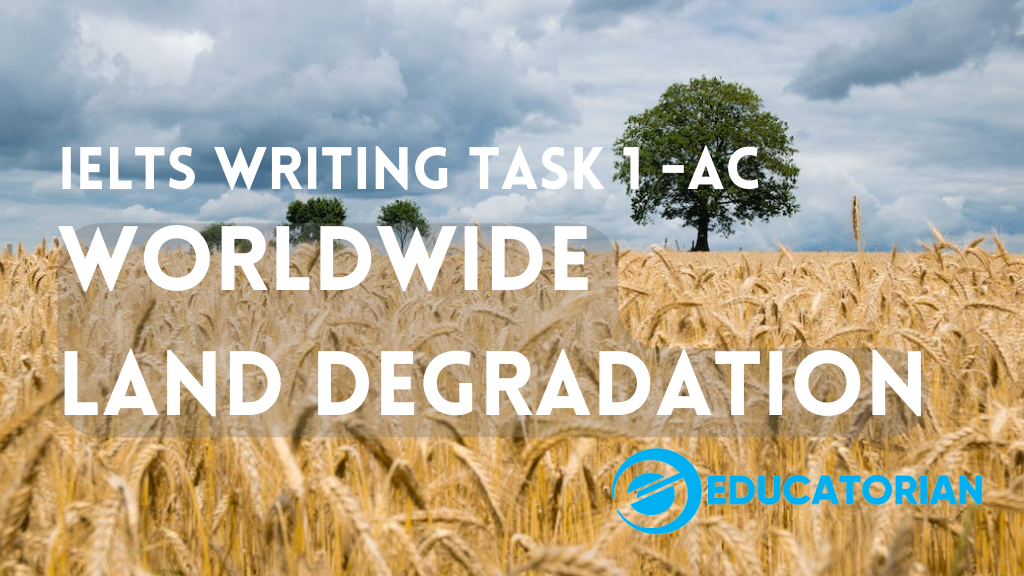 The pie chart below shows the main reasons why agricultural land becomes less productive. The table shows how these causes affected three regions of the world during the 1990s.

Summarize the information by selecting and reporting the main features, and make comparisons where relevant. 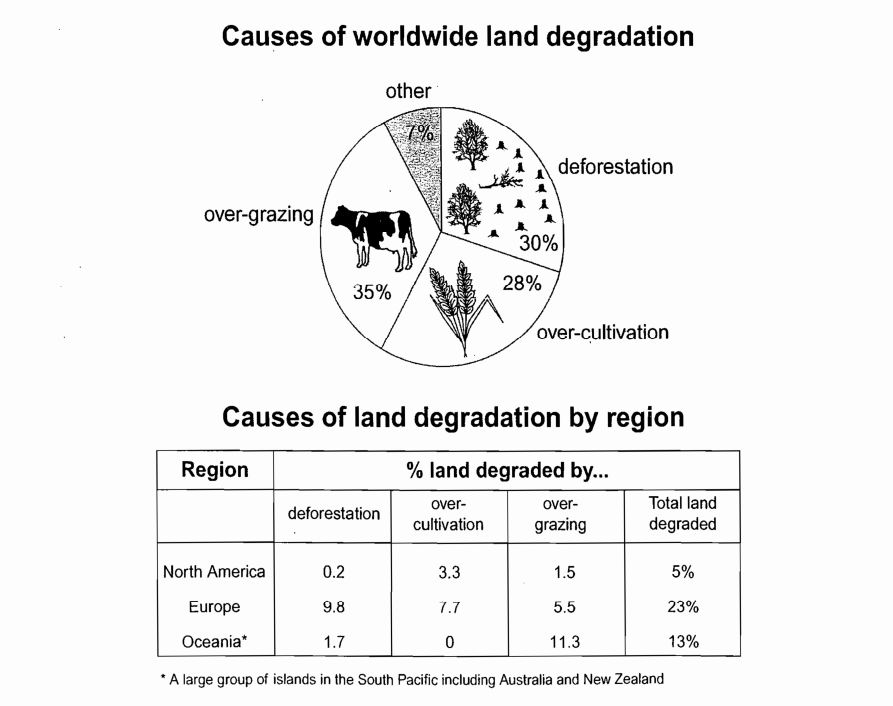 More than a quarter of the world’s land degradation was due to the over-cultivation of crops while a third was due to extensive logging. Over-grazing of animals accounts for 35% while the remaining percentage were other situations that affected the land. 40

The pie chart compares the top causes of unproductive land brought by soil degradation, while the table shows the percentage of the affected land. Overall, a large portion of unproductive land was partly due to the over-pasturing of land, while Europe’s farmland was greatly affected compared to other regions.

More than a third (35%) of land degradation was due to over-grazing, and 10% of the land in Oceania is considered over-grazed while 5% in Europe and 1.5% in North America. In total, almost a quarter of European land was affected by land degradation followed up by Oceania at 13%.