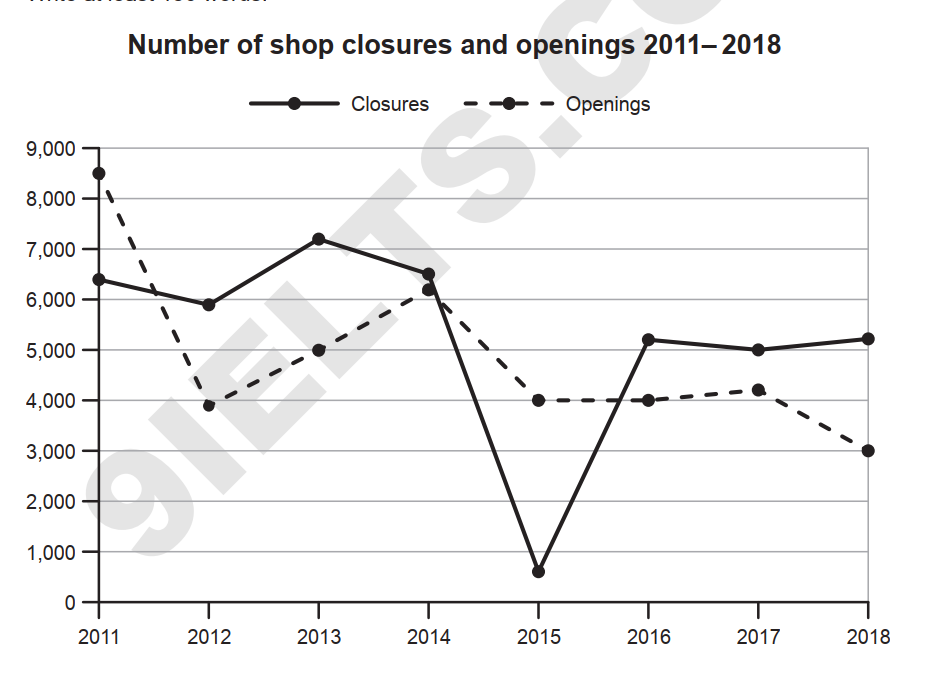 In 2014, both trends reached the same number, around 6500 for closures and 6250 opening stores, respectively. By the following year, closures dropped significantly, with only about 500 stores declared closed, but it bounced back in 2016, reaching 5000. On the other hand, opening stores got 4000 and remained steady from 2015 until 2017 and a downward trend in 2018 while the store closures remained at 5000 stores.

Around 8500 establishments were recorded for store openings; however, this decreased by half in the following years. By 2014, the store openings bounced back again and reached around 6000. Another downward trend happened in 2015, going back to 4000 store openings. This number remained the same for the next three years until another dipped occurred in 2018, reaching down to 3000 store openings.