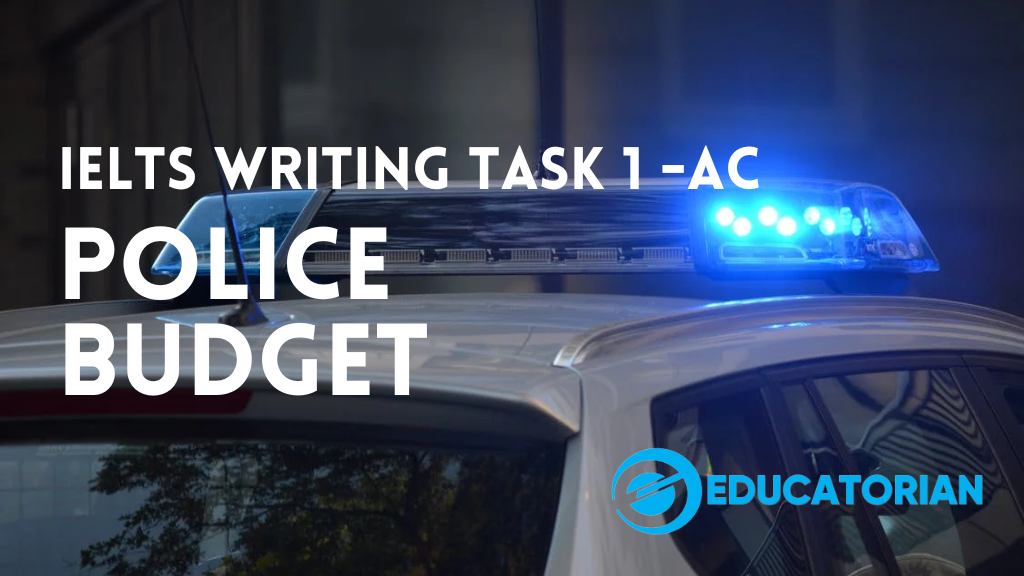 The table and charts below give information on the police budget for 2017 and 2018 in one area of Britain. The table shows where the money came from, and the charts show how it was distributed. 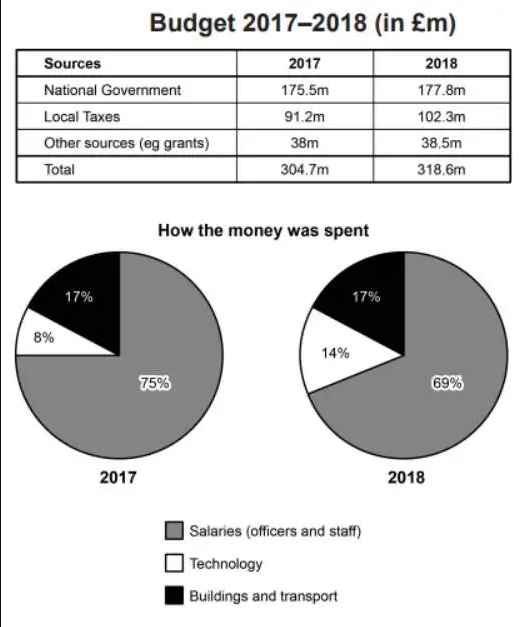 The table shows the different sources of police funding in an area in Britain in 2017 and 2018, while the pie charts compare how the budget was distributed. National government funding is the top source of the police budget, and most expenditures are from salary.

In 2017, the police budget reached 304.7 million pounds, and almost all of it came from the national government, accounting for 175.5 million pounds. By 2018, the government had increased its allocation to 177.8 million, a slight increase compared to local taxes from 91.2 million in 2017 to 102.3 million in 2018. Other sources such as grants remained relatively the same at 38 million in both years.

The table compares the source of the police budget in an area in Britain in 2017 and 2018, while the pie charts show the allocated of its funding. Overall, the national government is the most significant source of their budget, and the salary is the most considerable expenditure.

The police budget received 304.7 million pounds in 2017, and almost half of this funding came from the national government: local taxes and other sources such as grants accounted for 91.2 million and 38 million pounds. The majority of the expenses were salaries of the staff and officers, and the remaining were for buildings & transport, and technology.

By the following year, the budget had increased to 318.6 million pounds, a two million increase for the national government and nine million for local taxes. Grants and other sources were only half a million increased, a barely noticeable difference. The expenditure on technology increased to 14%, decreasing the allocated percentage to 69% for salary use.