You should spend about 20 minutes on this task.
The two maps below show an island, before and after the construction of some tourist facilities. Summarise the information by selecting and reporting the main features, and make comparisons where relevant. 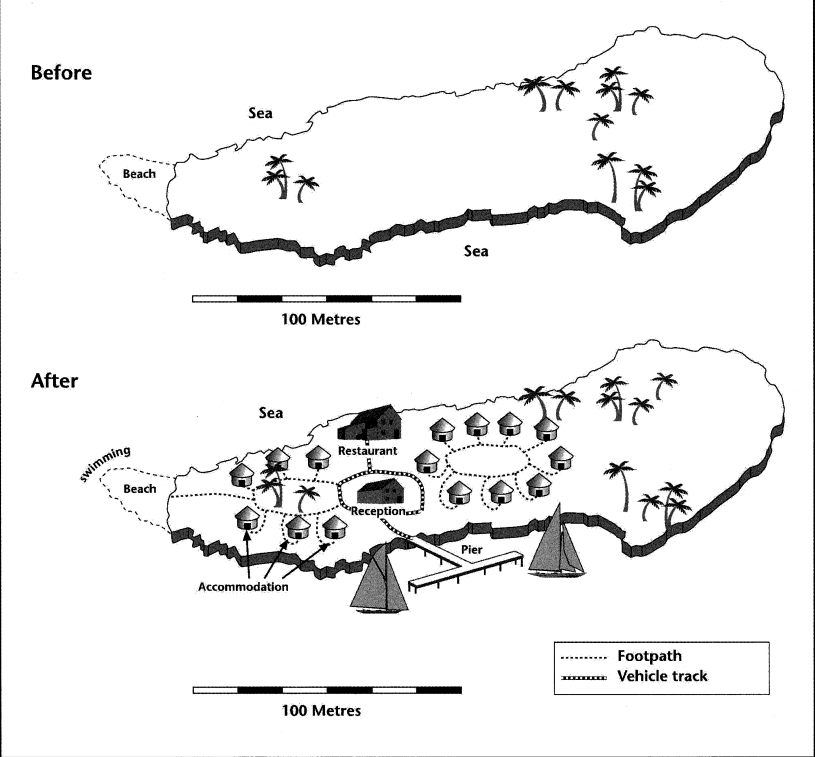 Version 1: Before and After

The 250-meters wide island has a beach on the western side with only a few trees in the middle of the island. Most of the island was inhabitable without any housing or path, and on the eastern side a couple of more trees. After the construction, the beach became a swimming area for the tourist, and footpaths were built from the beach to the side of the island where six accommodations rooms were erected. In the middle of the island, a reception office was built which is connected to the footpath and vehicle tracks. From the reception office, there is a restaurant in the northern part while a pier on the southern part, both connected by a vehicle track. Nine accommodations were erected in the eastern part of the near the reception, and all are interconnected by a footpath while the most eastern part of the island remained untouched.