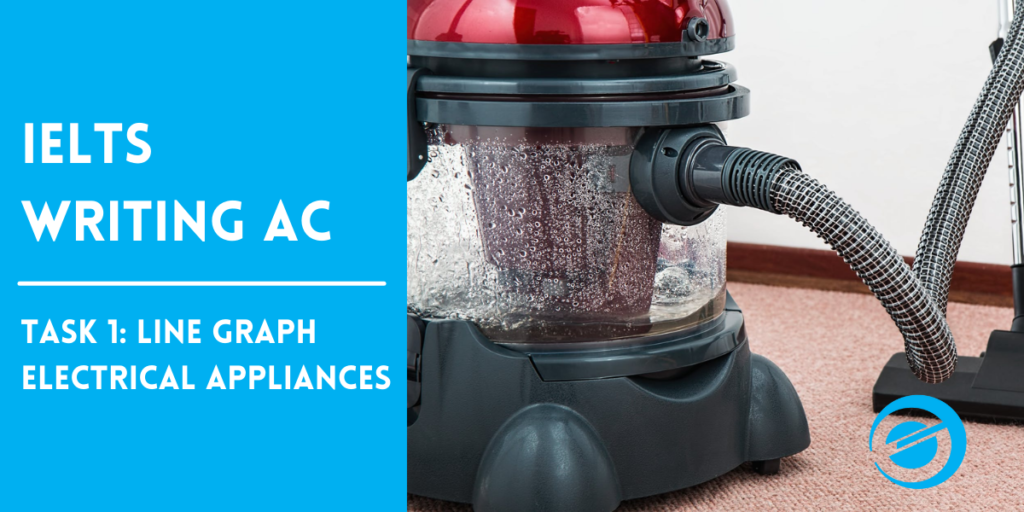 The chart below shows the changes in ownership of electrical appliances and the amount of time spent doing housework in households in one country between 1920 and 2019.

In 1920, there were only two electrical appliances which were a washing machine, and a vacuum cleaner, 40%, and 30% respectively. Moreover, 50 hours per week were spent on doing housework per household, however, after two decades the number of housework decreased. Almost half of the population started to have a refrigerator, and the other two appliances increased by 20%.

By 1980, all households have a refrigerator and this continued for the succeeding decades while it took two decades more for the vacuum cleaner to be available in every household. In 2019, people doing household work dropped to 10 hours per week, and 70% of households have a washing machine.

Only ten hours were being spent doing household chores such as laundry, preparing meals, and cleaning in 2019, a steady decreased compared to 50 hours per week back in 1920.